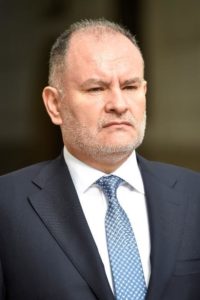 This year marks the Bicentary of the Independence of the Latin American state of Colombia. Exclusively for SOCIETY online, Ambassador H.E. Miguel Camilo RUIZ BLANCO gave a statement of the state of affairs of his country.

On the 7th of August 2019 the Republic of Colombia celebrates the Bicentenary of Independence and stands as one of the oldest and most solid democracies of the American continent.

It was precisely 200 years ago that the decisive Battle over the Boyacá Bridge took place, when the Colombian army under the command of heroes such as Simón Bolívar, Francisco de Paula Santander and José Antonio Anzoátegui finally ensured the Independence of Colombia.

Acknowledging the great efforts and the priceless sacrifices, values and resilience of our nation’s men and women, Colombia presents itself today to the world as a renewed country; a country of PEACE that chose the path of growth and development, leaving behind the conflicts of the past.

The Colombia of today is a modern country, which has consolidated itself as the third-largest economy of Latin America and the Caribbean, an economy that is healthy and strong, having grown constantly with an annual average of 4% for the past 10 years, and which has been declared as one of the most promising emerging economies by the World Bank.

When you visit Colombia, you will experience a country where kindness, joy, diversity, flavor and music come together to make people vibrate; where you can discover multiple world heritage and archaeological sites and rejoice natural wonders in the most densely biodiverse country in the world; an ideal destination to indulge in breathtaking scenery, diverse culinary delicacies, vibrant cultural expressions and year-round festivals that make a journey through Colombia an unforgettable experience.

Come and feel the rhythm!

Morocco: Anniversary of the Enthronement of His Majesty